Florence, being the capital of Tuscany is the most populous city in Tuscany with a population of around 3.8 Lakhs (according to 2017 cencus). Florence was the centre for medieval European trade and finance and was among the wealthiest cities of the period. The city was the capital of Italy from 1865 to 1871.

The city also attracts millions of tourists each year, and UNESCO declared the Historic Centre of Florence a World Heritage Site in 1982. The city is also famous for its culture, Renaissance art, architecture and historic monuments. The city also contains many number of (numerous) museums and art galleries, such as the Uffizi Gallery and the Palazzo Pitti, and still exerts an influence in the fields of art, culture and politics. Due to Florence's artistic and architectural heritage, Forbes has also ranked it as one of the most beautiful cities in the world. Florence has different tourist attractions like Florence Duomo, Piazzale degli Uffizi, Palazzo Pitti on Boboli Gardens, Battistero di San Giovanni, Ponte Vecchio, San Lorenzo etc.

The Cathedral di Santa Maria del Flore is the main church of Florence, Italy. It was begun in 1296 and was completed in 1436.

The Uffizi Gallery is located in the historic centre of Florence. It houses a vast collection of primitive paintings and masterpieces.

The Ponte Vecchio is a bridge built over the Arno River in Florence, Italy. It is noted for the shops built along the sides of the bridge

The Giardino Rose garden is a garden park in the oltrarno district. It offers commanding view of the city as shown in the picture and also offers the view of plants at the garden.

Piazza della Signoria is located in front of the Palazzo Vecchio in Florence. You can enjoy the ambience of the city here.

The Galleria dell'Accademia di Firenze is also known as the gallery of the academy of Florence. It is one of the art museums in Florence. 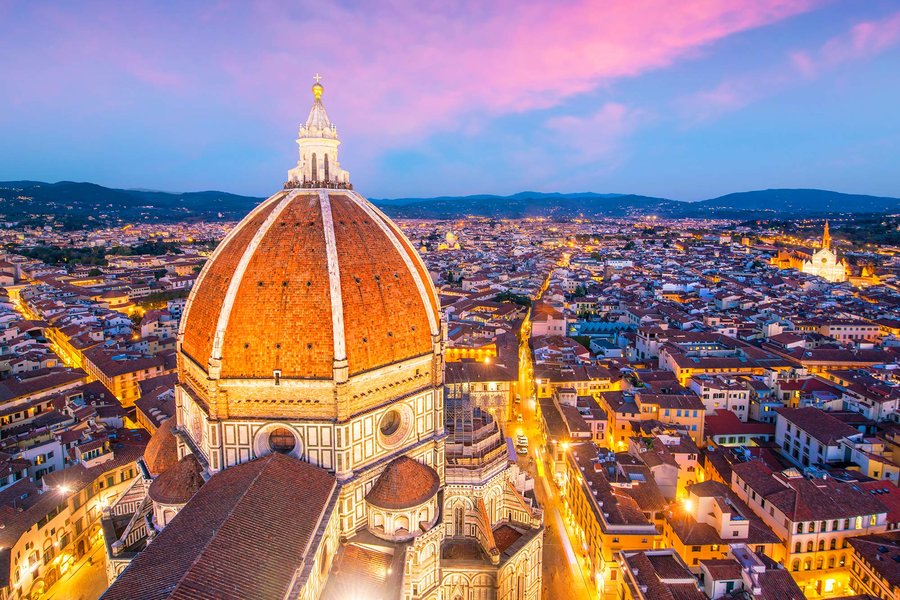 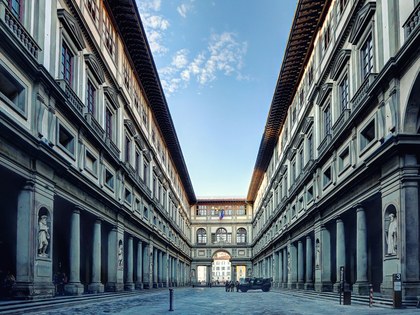 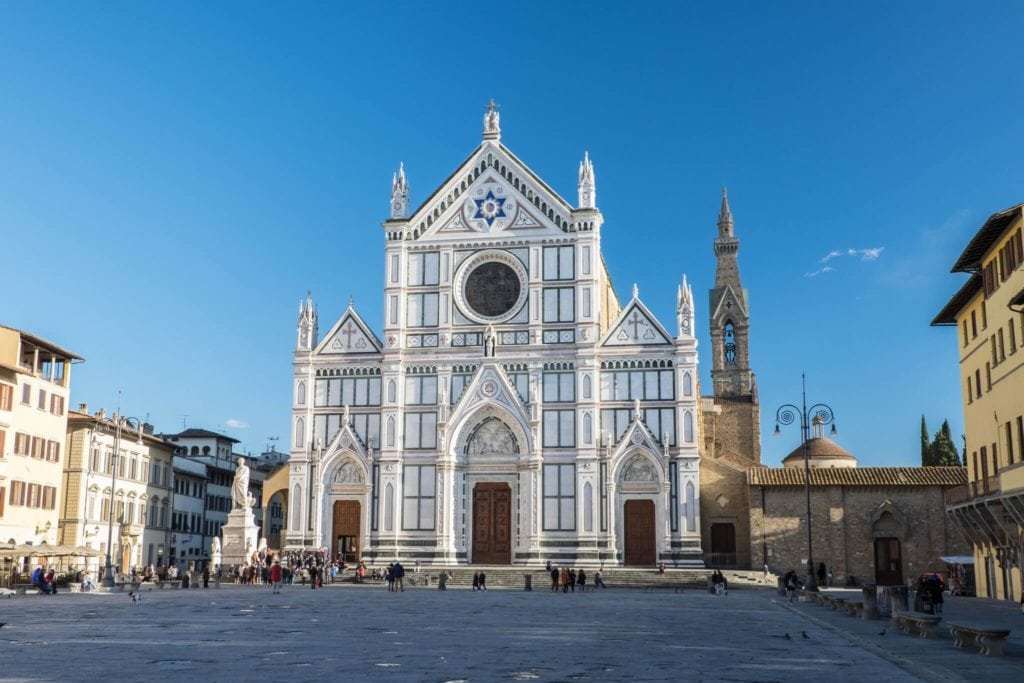 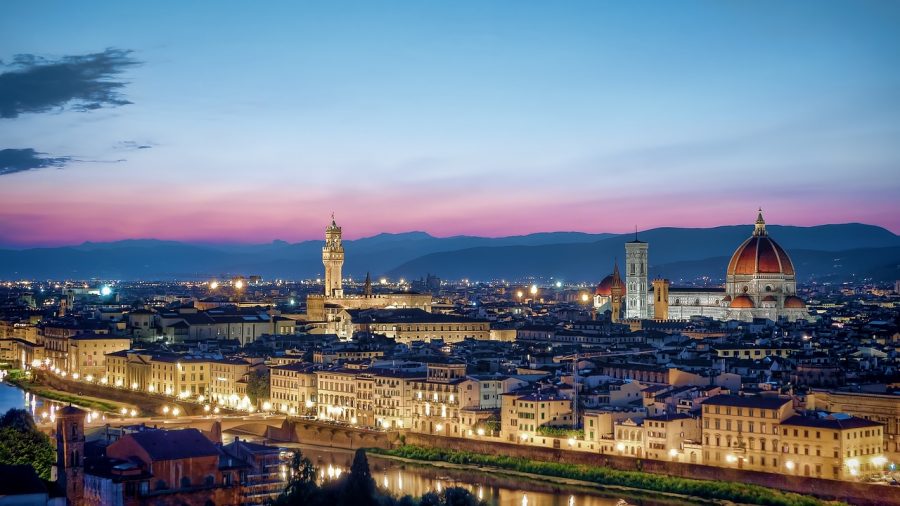 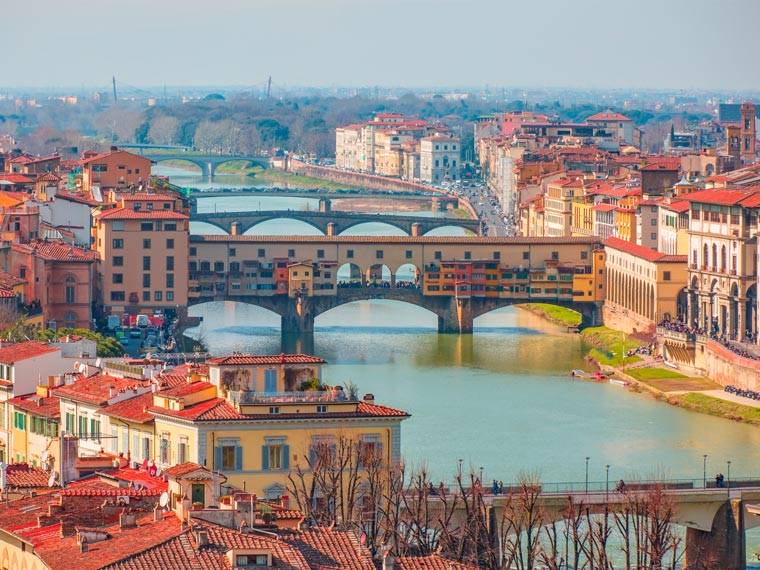 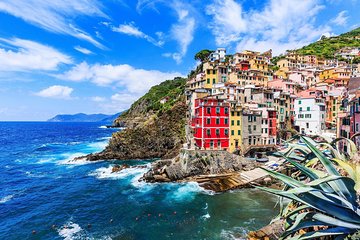